I love this golf course in Myrtle Beach. Rivers Edge is a great layout and is challenging for players of all levels. Pick the right set of tees for you and your group and you are guaranteed to enjoy this great golf course. Check out the video.

I am not affiliated with Rivers Edge. I just like the course and enjoy playing there.

Peace out!
Posted by lettique at 1:53 PM No comments:

Hey guys. I really enjoyed this article and think you all will too. my 3 biggest passions in life are surfing, golfing and good food and wine, not always in that order. It always excites me when the surf here on Topsail Beach gets high enough to catch a few ways especially during the summer months. This article was written by a gentleman named Doyle Rice and originally publishes at USAToday.com.

Before I post the article though, if you are planning a getaway to the North Carolina beaches, this site is focused on Topsail Island NC rentals and will help you get the best deal on the type of vacation rental you are looking for.

Here is the article by Doyle Rice. I hope you also enjoy the pictures and the video I included.

In southern California, waves as high as 15 feet from now Tropical Storm Marie are slamming into beaches from Los Angeles to San Diego, a late-summer treat for surfers in search of big waves.
Marie was downgraded from a hurricane to a tropical storm Wednesday afternoon.
It could be be the biggest wave event since 1997, when Hurricane Linda produced monster swells, said Tim Burnham, who's making a documentary about the Wedge, a famed surfing locale in Newport Beach.

"This is the stuff that you dream of: rainbows, unicorns, Southern Hemi swells, hurricane swells," he said as he dried off from a session in the waves on Tuesday.
However, "conditions will be very hazardous for swimmers all along the entire coast with very strong rip and longshore currents occurring through Thursday," the National Weather Service in San Diego warned.

In addition to that, major impacts from the event include the potential for structure damage, significant beach erosion, waves overtopping jetties, and minor coastal flooding during times of high tides, the weather service in Los Angeles reported.

The waves also caused minor flooding in a low-lying beach town and knocked down pilings from under the Malibu Pier.

Heavy seas damaged a boatyard on Catalina Island, throwing vessels onto their sides, and also closed major docks. KTLA-TV reported several hundred people were stuck in the port town of Avalon, Calif., on the island, when most trips of the Catalina Express ferry service to the mainland were halted due to the seas.

Residents of about four blocks of homes along Seal Beach, south of Los Angeles, swept seawater out of ground-floor rooms after flooding overnight.

"This is our worst summer storm and I've been here 42 years," said resident Jerry Rootlieb, who was sweeping out his home on Wednesday.

As of late Wednesday, Tropical Storm Marie was located about 960 miles west of the southern tip of Baja California and had maximum sustained winds of 65 mph.

Eastern Pacific hurricanes such as Marie seldom have much of an impact on the West Coast of the U.S., as they usually move from east to west and away from land, after forming west of Mexico.
No hurricane has hit the California coast since records began, but a tropical storm with 50 mph winds did come ashore at Long Beach on Sept. 25, 1939, killing at least 45 people, the National Hurricane Center reported.

Meanwhile, on the East Coast, waves from Hurricane Cristobal had prompted high surf and beach advisories from southern New England to the mid-Atlantic coast. The advisories will be in effect through Thursday in many areas.

MY TAKE: www.visittopsailislandnc.com is a great place to start planning your Topsail Island, NC Beach Vacation. Tale a moment to check it out and you'll see just how really helpful the site can be when your are looking for beach houses for your Topsail getaway,

In New Jersey, though the surfing was great Wednesday, the rip currents and large waves were dangerous, warned the weather service, which is warning visitors to stay out of the surf.

Steven Buchun, a 37-year-old surfer who lives in Ocean Township, N.J., called it by far the best surfing for him this summer. He surfed the breakers off the Loch Arbour beach this morning.
"It's great when you have a low amount of people" surfing, he said. "Everybody is letting everybody catch one or two."

As of 5 p.m., 75-mph Hurricane Cristobal was located about 290 miles southeast of Cape Hatteras, N.C., and was moving to the north-northeast at 15 mph.


Here is another web-page you'll enjoy. Beach Vacation rentals
Posted by lettique at 1:47 PM No comments:

Smaller is better for Catskills

This article, written by Jeff Potent (Potent is an environmental manager, adjunct professor in environmental policy and sustainable development, and an executive committee member of the Catskill Heritage Alliance.) at TimesUnion.com is a very interesting read for those of us who have a passion for golf and also for business strategy and consulting.  If you have an interest in business strategy and consulting services visit www.solvtopia.com or if you have an interest in Myrtle Beach golf you should definitely check out The Brunswick Isles Golf Trail which features some of the very best courses along the Grand Strand.

Here is the above referenced article for your enjoyment...

The largest proposed development project in recent Catskills history — a private, luxury resort at the Belleayre Mountain Ski Center — is under final review at the DEC. Proposed in 1999 and disputed since then, its scope and design have changed many times, but remain problematic and contentious.
Developer Crossroads Ventures LLC has applied for 629 rooms — more housing covering more land than nearby hamlets. It's so huge and precariously positioned in a declining resort market that it is unlikely to succeed and could undermine the Catskills' economy.

So says new analysis commissioned by the Catskill Heritage Alliance, conducted by Public and Environmental Finance Associates, a Washington consulting firm. It found a revised economic study by Crossroads' contractor HVS underestimated construction costs by hundreds of millions of dollars (two of Crossroads' own consultants, among others, contradict HVS's estimate). 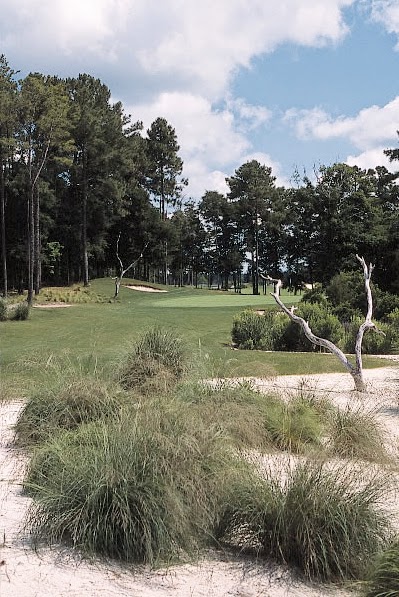 HVS projects lower operations costs than comparable properties, and preposterously high room revenues on the assumption Belleayre would command as much revenue as world-class Rocky Mountain resorts — even though it has less snow, less vertical drop, and shorter seasons, lacks comparable amenities and is farther from major airports.

The state Comptroller's office warns upstate casino projects intended to draw downstate and out-of-state customers would likely attract local residents and not grow the local economy. So would the Belleayre resort, likely discounting rates deeply to fill rooms, thereby undercutting existing businesses. Crossroads would use state money to buy the former Highmount ski area and enable ski-in/ski-out capability for private guests, and could cost more in services than it paid in taxes.

Note: These guys can help make projects like these a lot easier and more productive: Business strategy consultants Wilmington NC

Such shaky economics need rethinking. So do the environmental impacts of regrading to build on Highmount's high elevations, worsening local flooding and threatening reservoirs supplying New York City and other communities.

The DEC's Unit Management Plan envisioned a workable way to avoid such problems by not spending public money to develop Highmount or build lifts to connect skiers at the Wildacres Hotel site. That alternative saves millions but still offers expert terrain and new high-speed lifts, serving a resort with fewer rooms (about 300) and greater chances of success.

The question is, how should we develop the Catskills: by subsidizing economically implausible, bigger-is-better projects, or encouraging right-sized projects that work with the existing local economy and environment?

You can read the entire article HERE.

Here are a a couple more relevant links you may find helpful:

Thanks for stopping by and taking a look at the articles and other resources we share here.